It could be that you have a high end, good quality digital camera that you’re reluctant to place in the hands of your child who could damage or spoil it. However you also want your child to have use of a camera where he or she can learn the rudiments of photography and perhaps develop it into a hobby. A disposable camera could be a good place to start and so this may be a good option in some cases.

The Kodak One Time Use Digital Camera is an example of a camera where the users shoot the pictures and then return the camera to photo retailer for processing.

Limitations of a disposable digital camera 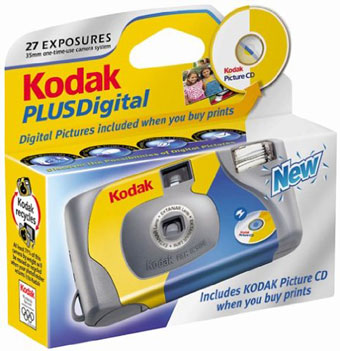 It is important to understand precisely what a disposable digital camera is. In many cases this is still a film camera that you have to get processed at the photo lab, where they will give you a CD of the pictures you took. So you cannot plug the camera to your computer and download the pictures as you would from a regular digital camera. They will also print the pictures for you at an extra cost if you want.

The so-called disposable digitals tend to be more expensive than regular disposables because of the extras such as photo CD you get at the end of it. The display will show the number of shots remaining in the camera as you’re using it. When those shots are done, the digital files are extracted from the camera by the retailer who will then keep the camera and also offer prints to the buyer if required.

Typically the quality of pictures that you can get from such a disposable camera is relatively poor – while this may not be a problem if the camera is just for your kid, it can have some obvious limitations otherwise. For these inherent limitations, digital disposable are neither very successful nor very easy to find and buy.